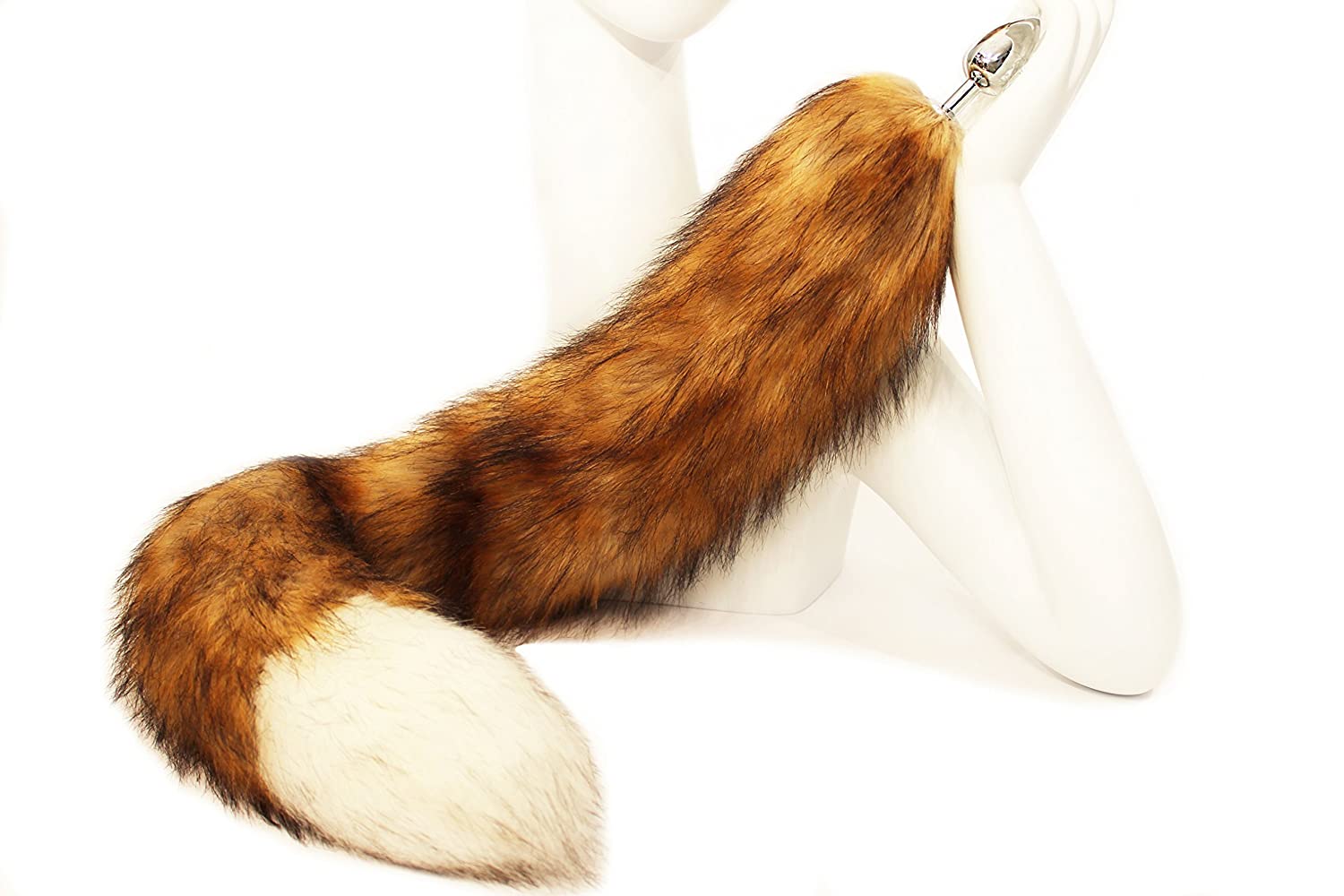 Hunting in the world of pet play and tail plugs

Talking about a fetish in today’s world isn’t taboo. It’s become a part of a new culture where people are open to new things, and talking about any type of kink isn’t as awkward as it was just a decade ago.

Thanks to this newfound tolerance, pet play is now one of those ex-taboos that are becoming unbelievably popular all over the world. Dressing up in different costumes isn’t uncommon. But, people have taken things to a whole other level with various sexy accessories widely available in sex shops.

Discovering pet play and your role

For this kind of play to be successful, though, it requires the participation of both partners. One needs to play the submissive role, and one needs to be the dominant one. In most cases, the sub wears a fox tail.

Having the right costume and materials

Although pet play is a kink that many people enjoy without any accessories, it requires certain costumes and toys to reach its full potential.

Some people use body paint for pet play, but it can get pretty messy once things start heating up. That’s why it’s easier and safer to use traditional costumes and accessories to fulfill this type of fantasy.

When it comes to fetish costumes, the simplest way of acquiring them is to order them online. Thousands of online sex shops offer a variety of costumes designed specifically for pet play kinks. Some of the most popular accessories include fox tails, animal costumes, collars, and various sex toys.

The more preparation a couple puts into this fetish, the better the outcome will be. Talking about specifics that arouse each partner can also contribute to improving the overall experience. After all, experimentation is the best practice when it comes to pet play. So, you should consider what feels best for each of the partners.

When it comes to this kink, it’s limited only by imagination. Partners can try different things, and the more comfortable they feel, the more ideas they’ll have on how to spice things up even further.

The pet play kink requires a dominant and a submissive partner (or more of them). The idea of this fetish is to treat your partner as a pet, to be extremely dominant while they’re submissive, and cater to all your requirements.

The basic concept of the pet play fetish is that one partner acts like an animal, serving his or her master. It’s a pretty simple form of domination/submission play, and it arouses the basic instincts we all have.

When both partners are open-minded, it’s easy to turn this kink into something both parties will look forward to. Investing a little bit into different costumes and accessories will go a long way, especially because the partners will have more options along the way.

Switching roles is also a great possibility for partners to experiment with their likes and dislikes. Even people who are dominant in their relationships sometimes love being the submissive ones in the sack. But the problem is they usually don’t want to experiment and discard the idea of being submissive even before trying. This is a common problem, which is exactly why having an open mind is so important when it comes to this fetish.

Let the myths join the hunt

The phrase pet play suggests that the master or owner is the dominant one and that the pet needs to follow orders given to them without asking questions. But the thing is, this fetish doesn’t need to be like this. It can go the other way around as well, i.e., the pet can resist his or her owner and become dominant. And that is perfect since a lot of people also have a fetish for being dominated and sexually used by an animal.

Both partners participating in pet play should keep an open mind and try and come up with new things that could spice up the already steamy fetish — sex life in general needs to change in order to be exciting in the long run.

When you decide it’s time to spice things up, talk to your partner about costumes, pet play, and whether they’re open to fox tails and other accessories. After all, both partners must be on board with everything before you can proceed.

Openly communicating with your partner about your fetishes will open a whole new world of kinky fetishes that you can try. Pet play is just one of the kinks people have, and one that can really spice things up in the long run.

If you’re the one insisting on pet play, make sure you fulfill your partner’s desires as well. That will lead to a much more satisfying sex life and will make your partner want to do the same for you.

This website uses cookies to improve your experience while you navigate through the website. Out of these cookies, the cookies that are categorized as necessary are stored on your browser as they are as essential for the working of basic functionalities of the website. We also use third-party cookies that help us analyze and understand how you use this website. These cookies will be stored in your browser only with your consent. You also have the option to opt-out of these cookies. But opting out of some of these cookies may have an effect on your browsing experience.
Necessary Always Enabled
Necessary cookies are absolutely essential for the website to function properly. This category only includes cookies that ensures basic functionalities and security features of the website. These cookies do not store any personal information.
Non-necessary
Any cookies that may not be particularly necessary for the website to function and is used specifically to collect user personal data via analytics, ads, other embedded contents are termed as non-necessary cookies. It is mandatory to procure user consent prior to running these cookies on your website.
SAVE & ACCEPT